After our recent trips to Portland and Port Mac, we decided it was time to do a reconnaissance mission a bit closer to home for the long weekend.
For months I had followed the charts following the warmer water and currents since the first barrel was pulled in off Portland, and running through it all with Mum! Even though it still wouldn’t be considered warm water by many, it was the warmest current out there according to every update I looked at and was sitting between 14 -15.5 degrees.
Having done some research on SBT that inhabit our waters, how they regulate body temperature and look for temperate waters as they migrate, and given they were bigger fish, this temperature seems perfectly fine from the usual 18-20 degrees that schoolies tend to rock up in.
With my theory in hand I started chatting to the Melbourne boys at Portland and getting different perceptions and thoughts from them and then the guys at Pt Mac, I came to realise that what I was looking at and my thought process about it all and how I was reading it was right on the money. Well almost!!
After following water and the currents, it was pretty clear that where fish where being hooked up were clearly in this area. And this was highlighted more with the currents shifting the east water further west into Beachport.
Watching intently the week leading up to the long weekend along with FB reports I started to look towards KI, my theory was that with the warm water and the current travelling in that direction it seemed like a no brainer that the fish would eventually end up there.
Convinced that they would follow the 60m contour that the current was moving along would be what would bring them up to Carter Knoll. Right up until the night before we were still undecided about it all, but KI was looking the goods with the water and the current doing exactly that, and also highlighted by an eddie that pretty much covered the Bank to the Knoll.
Friday night saw us heading to Beachport, Saturday morning saw us going to KI… ohh the torment of it all.
So after an early morning rise on Sunday off we went, launched by 6am and doubly excited that is marked the start of daylight savings off we went. Greenhorns husband Peter also came with us this trip, and it was great to have him out on the boat for the day.
Magic conditions saw us make good time out to the pages, where we spotted bird action pretty much immediately. Lures in we decided to start trolling from there and head out. All the signs where there, birds, dolphins and baitfish.
As we headed towards the bank, the birds and dolphins started to pick up and we were feeling pretty good, but still knew it could be on or not! Watching the water go from 11 to 13 to 15 to eventually 15.5 I was pretty stocked that the charts match what was actually happening in the water.
Now to find a tuna…… heading out wide towards the Knoll we saw another boat working on the bank as well, and also another boat hightailing it back towards KI. But we were still feeling optimistic ….
The usual strike time that has been consistent over the last few weeks hit and we could hear the boys down the south east on the radio with hook-ups, and telling other boats to not get so close ….
Off we went kept trolling hoping for a hook up, but we were totally blown away by the dolphins, clearly there haven’t been a lot of boats out there for some time and they were totally full of personality.
Swimming just under the back of the transom almost in the slip stream, following right next to us and just jumping out of the water as if to say hi they were SO COOL!! And they were like it all day.
This trip we managed 277klms for the day, and alas that reel didn’t scream… but oh well, that’s fishing and clearly they haven’t snuck up that far just yet!!
Fun fact: 100kg Tuna approx. 15 yrs of age, and don’t mature until they are 12 yrs old.
Current Theory: A break in the east / west current and trawlers like the Geelong Star removing there food is possibly what pushed these tuna in close for food while migrating to Java for breading (which usually occurs between September – April). Which in theory they should be doing now!!
Let’s hope this isn’t the case and we don’t have an issue in a couple of years with a gap in the breeding cycle and no tuna because of this event! 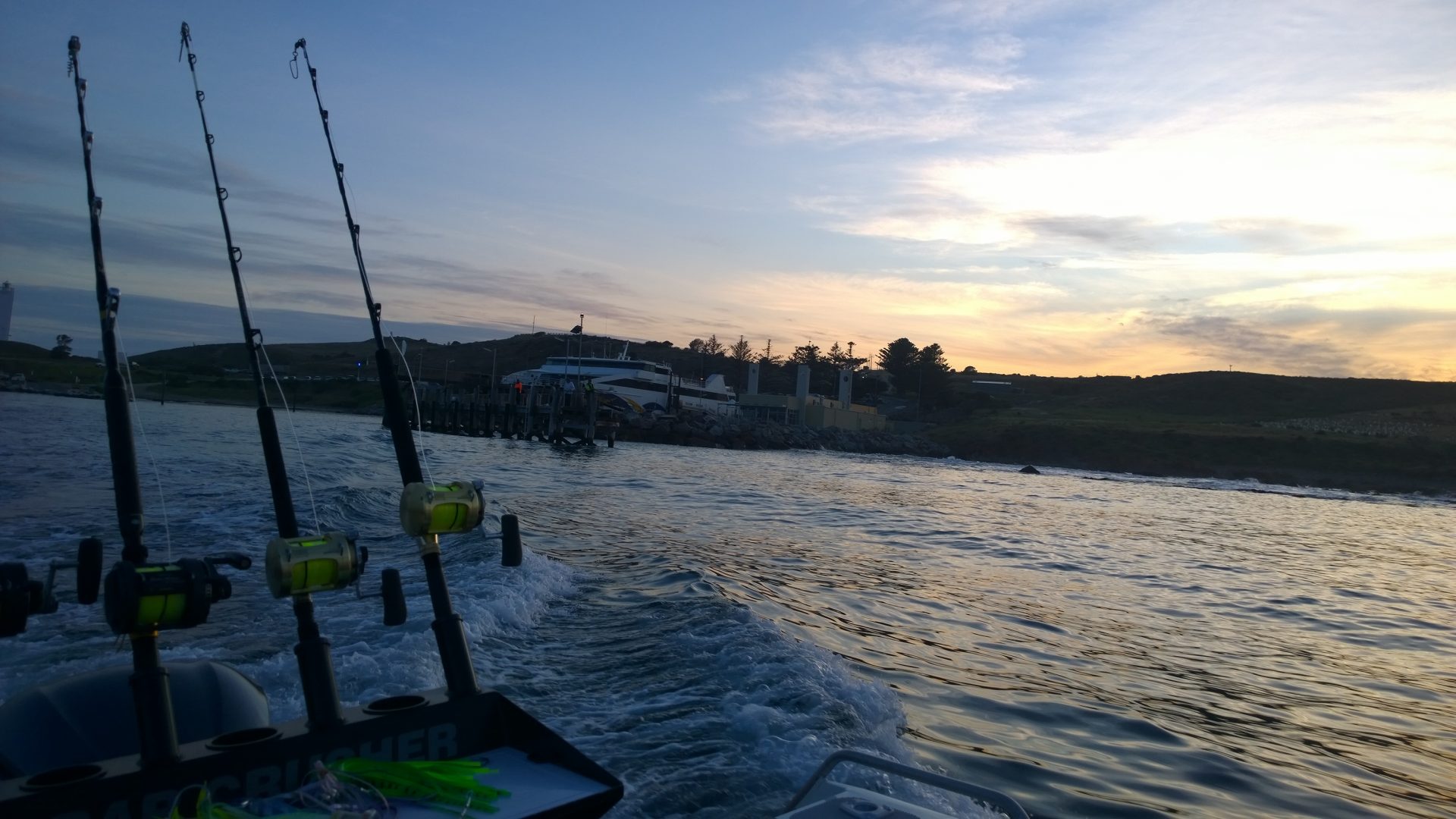 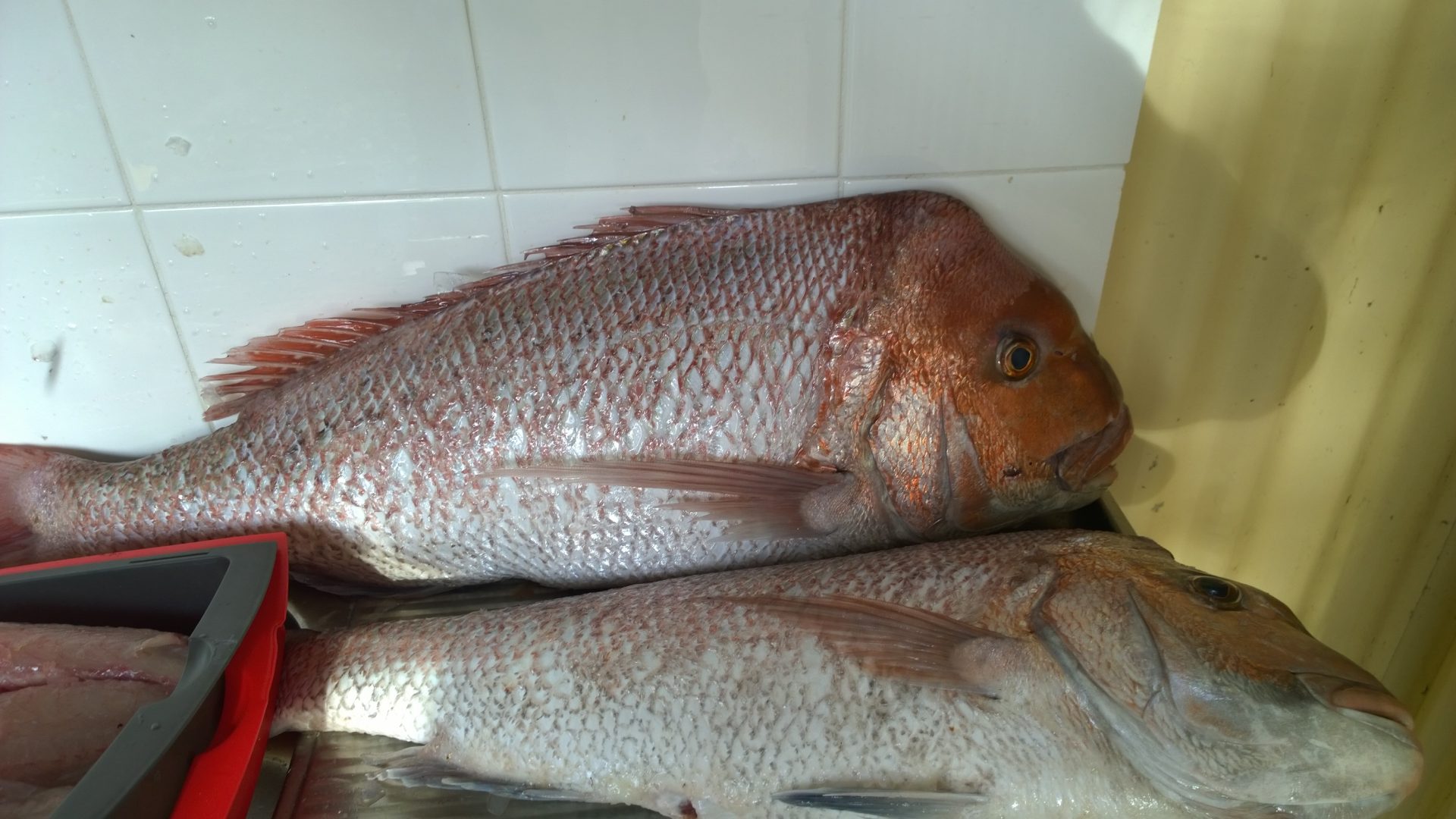