In March I found myself on a four day live aboard with Why Not fishing charters, exiting from Coffin Bay in South Australia, This is a truly beautiful part of the world. This trip was supposed to be a girls trip but ended up a mixed trip due to there not being enough girls to fill the spots. This boat is truly amazing, you could stay out for months, My first trip with Why Not was on a much smaller boat, in reflection and after the comfort of this boat I don’t know how we did it 🙂
We departed Thursday morning with a bit of a breeze which created about a 2 -3-meter sloppy mess which was the demise to a few on board but by late arvo most had found their sea legs. Skipper Dave took us out to a lump he likes to fish, they had been there a few days prior and had a massive day on the Sambos, 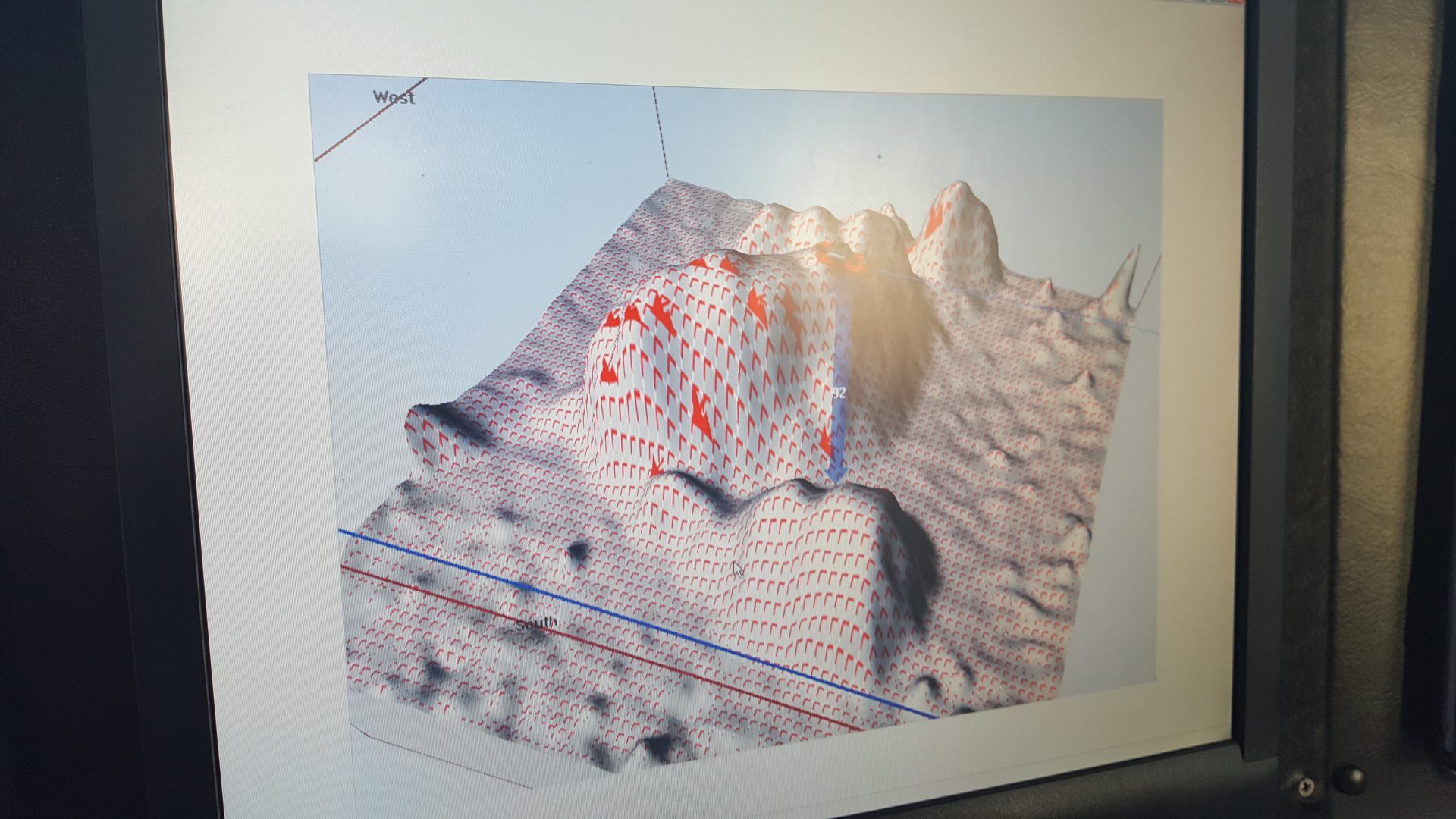 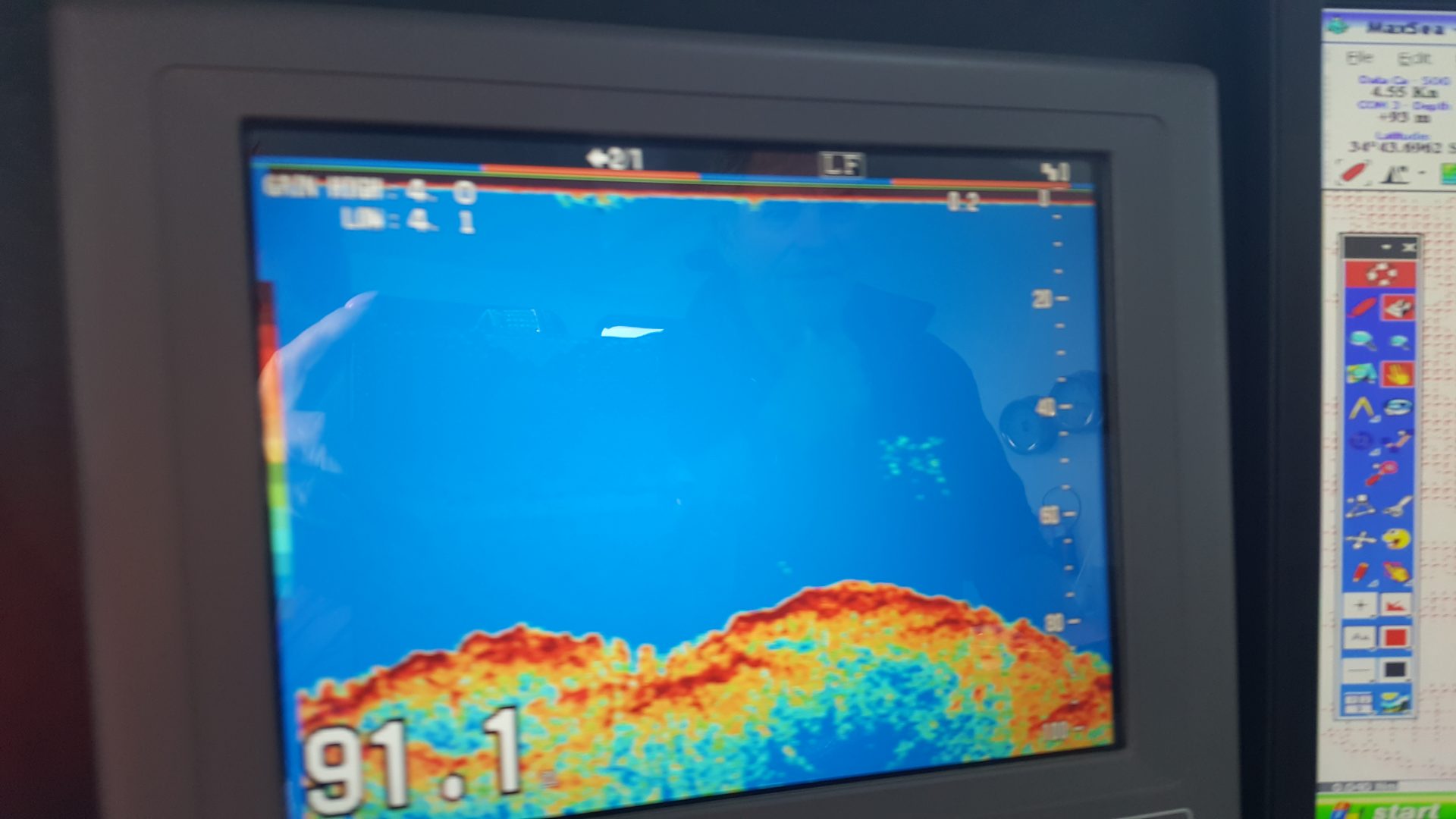 They were still around and the day proved to be a monster, there were fish going off all over the boat most anglers hadn’t caught a Sampson before so there were lots of OMG’s as they peeled line off reels, a few got close to smoked, by mid afternoon the dick belts were out as everyone started to tire. Dave constantly kept us on the fish and was always happy to talk about how to find Sambos and what they look like on the sounder. By late arvo we had an eski full of nannies for dinner, Trevally for bait and raw fish and the odd snapper. we had also caught and released a few Blue Grouper. We trolled back to Greenly Island to anchor for the night, the forecast for the next few days was perfection.
We got off to an early start and it was decided to go back to yesterday sambo spot in the hope of bagging a Kingfish but alas this wasn’t to be. Once again the Sambo hookup was amazing, the jigging was easy as most fish hooked up just on the drop. The eski had a stack of fish for everyone to take home.  The weather was perfect with 10 boats coming into greenly that night.
We started day 3 at a secret spot (I’m not going to share that info)  could not believe it, Sambos on bait, bottom bouncing,  everyone was hooked up There was not one person on the boat who hadn’t caught several Sambos. We also caught some big grouper that were returned. One was kept for tea that night, If you haven’t tried it its a beautiful eating fish,  We also caught a tagged Sambo, no one was as excited about that and myself and James the deckie, details have gone off to the relevant department with info, if its yours let us know. 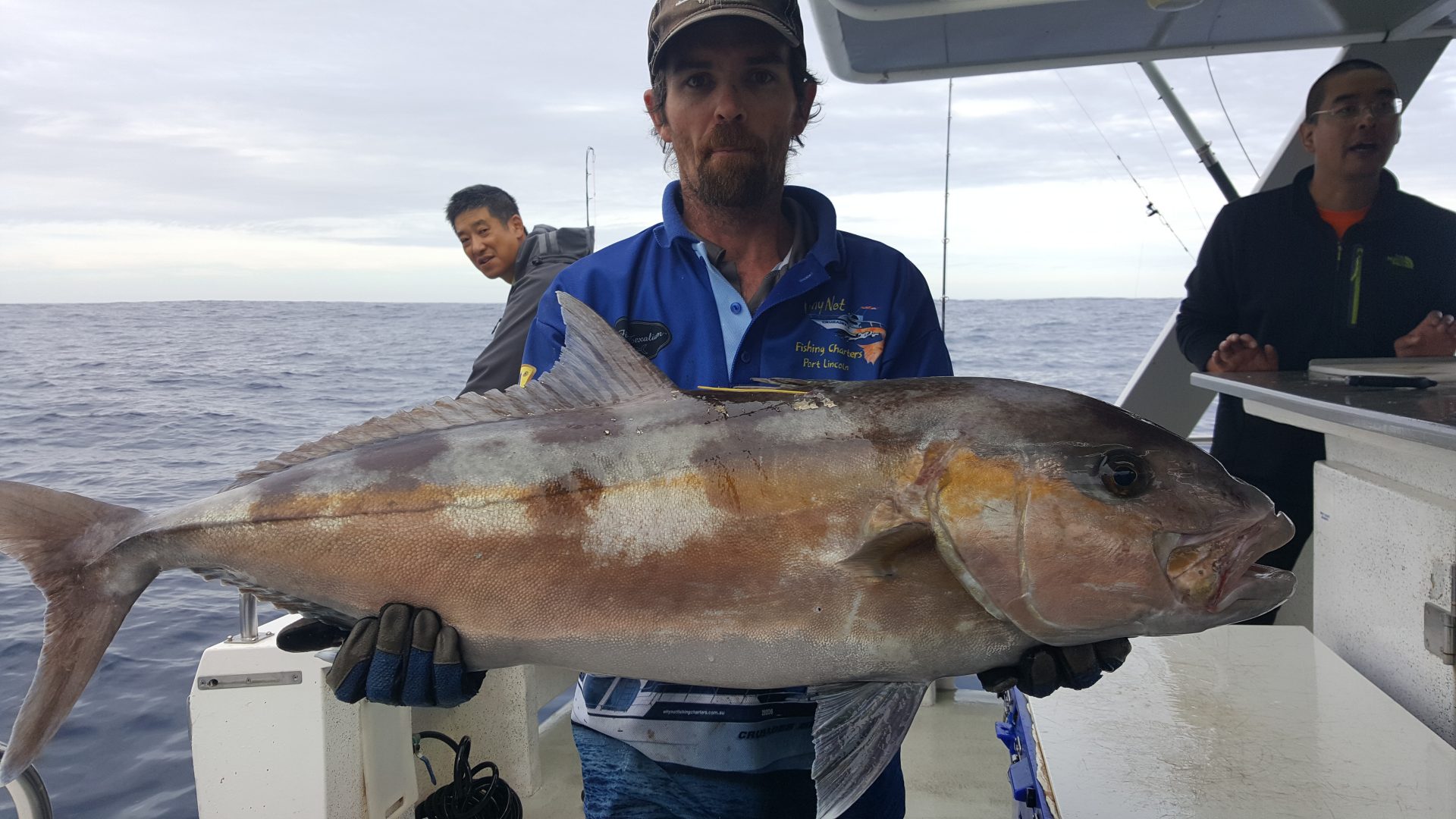 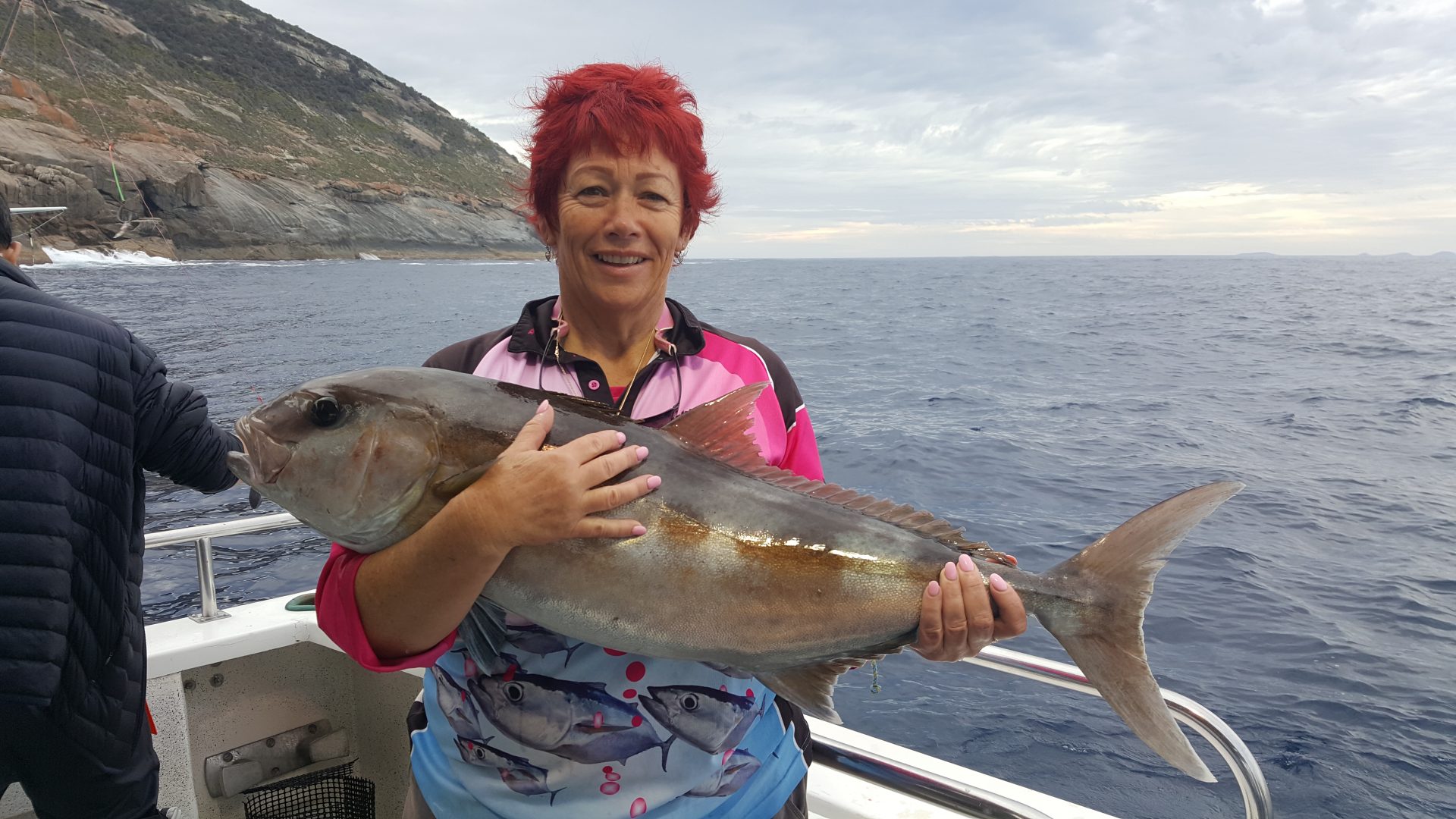 The afternoon saw us trolling some lures for Tuna, the lured3D lures did their thing hooking up some fish, Jannette had a live baiting frenzy with her Tuna and a massive bronze Whaler shark. A Tuna of an estimated 60kg  plus was also lost to a shark. 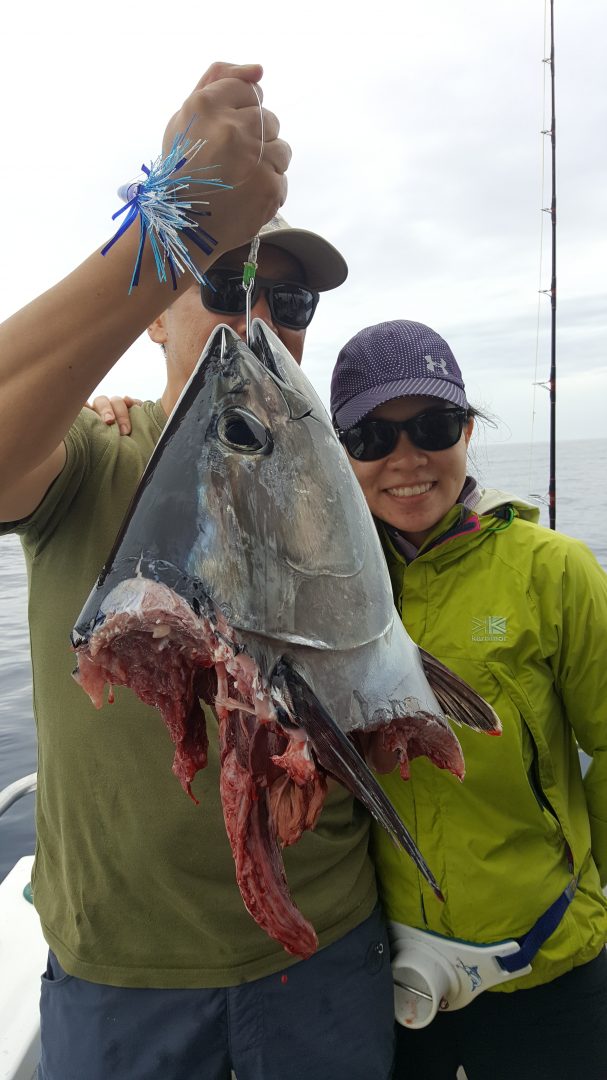 with still no Kingfish on board Dave decided to head to the rough of the 4 hammocks to see if we could find a couple.  As a skipper this guys is crazy, He is now known to me as the gap man, if there’s a gap he heads for it, scared the living daylights  a few times, got some great pics and videos but alas no Kingies, we all wanted them, especially me after the trip to NZ last year.  We anchored in at the Hammocks that night and fished out way back in on the last day, Everyone was exhausted and happy, great fishing. James was a great Deckie and drone catcher, I have been using it on land but its a whole different story at sea with the boat moving, practise needed 🙂
The video is not first class but it will give you a look at the trip.  Next time you want to go out on an adventure contact Dave at Why Not    http://www.whynotfishingcharters.com.au/ or call him on +61427020060..
[wpvideo 2hgewBJ2]