With the rare occurrence of the wind dropping out for a couple of days, Kev and I decided to take off to either Marion Bay or KI. The choice was made to do KI and camp in Xmas cove over night. We have been doing the KI  Xmas, new year trip for  2 years but this year the weather had let us down until now, We had the luxury of doing it on our own this year which was a refreshing change.
We launched at Cape Jervis around 11.am and headed out to a snapper spot in the passage, the water was quite choppy and we still has some wind so we drifted fast  which is always frustrating. Drift fishing is not my favorite but every time we drifted over a hole one of us was on while the other tried to keep the boat in place,  a problem with only 2 on board, we hooked up 4 nice nannies and a couple of big snapper and decided to head around to Xmas cove and catch up with some friends we have made on previous trips. 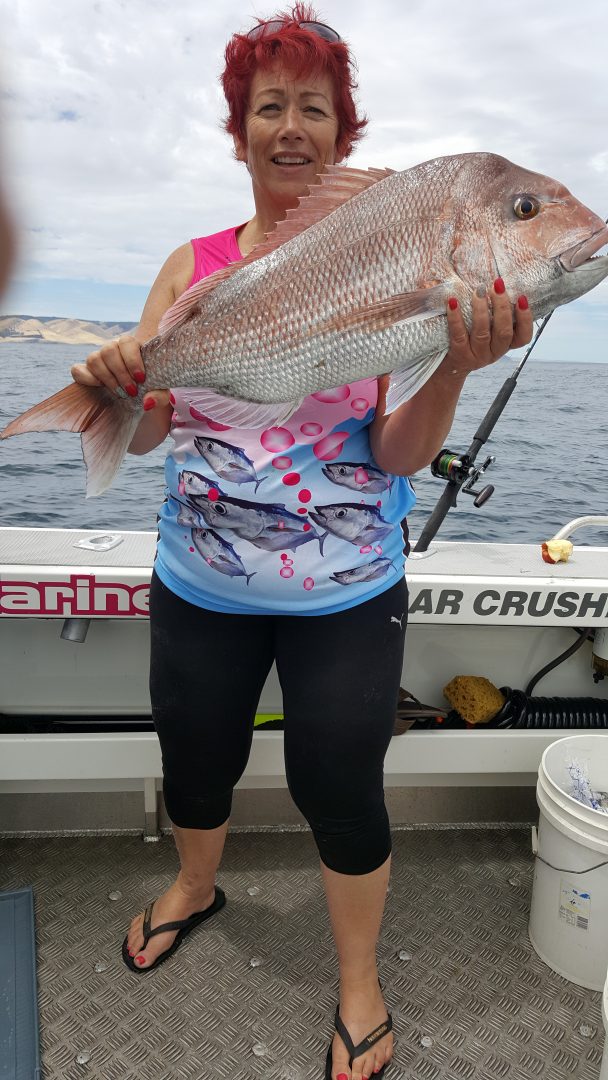 The next morning we were up bright and early and tried a couple of whiting spots, the baby leather jackets were every where and the KG were nowhere to be seen, so we thought we would head back to the passage to try our luck. The wind was non existent, and no tide either so we anchored up on the spot and straight away into the snapper. The entertainment was supplied by sitting on channel 21 listening to the ruckus on Sanders Bank, ” You in the Northbank if you dont move I will scoop you up” We had decided not to venture out wide lol, with no fish in the freezer we thought a couple of nice snapper would fit the bill plus its not very common for the passage to be this calm.  The rain started about 12 and didn’t let up so we decided to head back to Cape Jervis. Our good mate Jerry sent a message saying there were storms forecast for Adelaide so we thought time to go.  A great relaxing trip before things get crazy with the new venture. see you soon Trace. 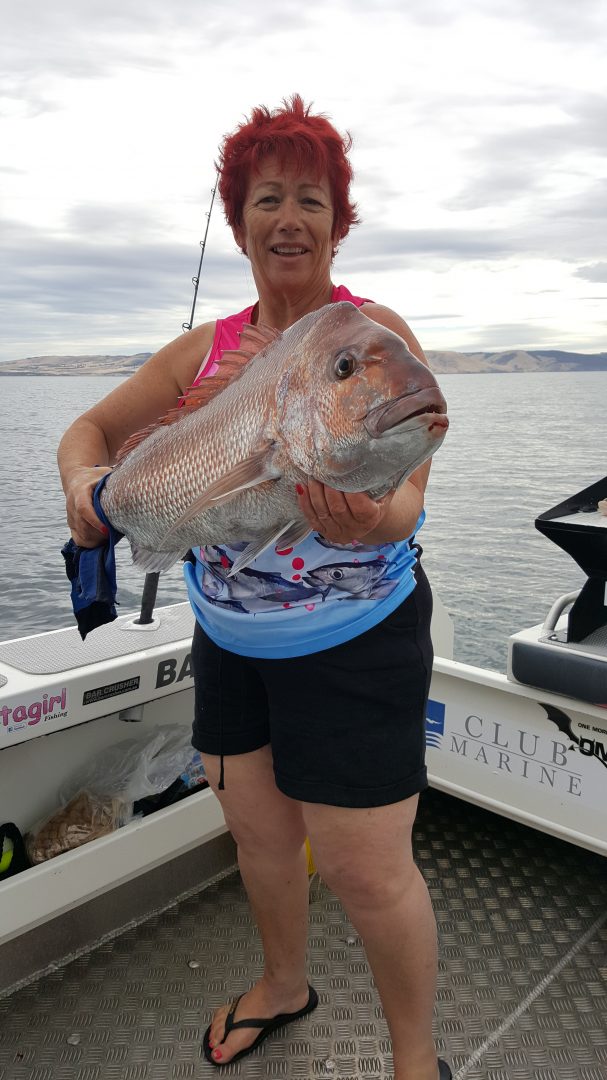 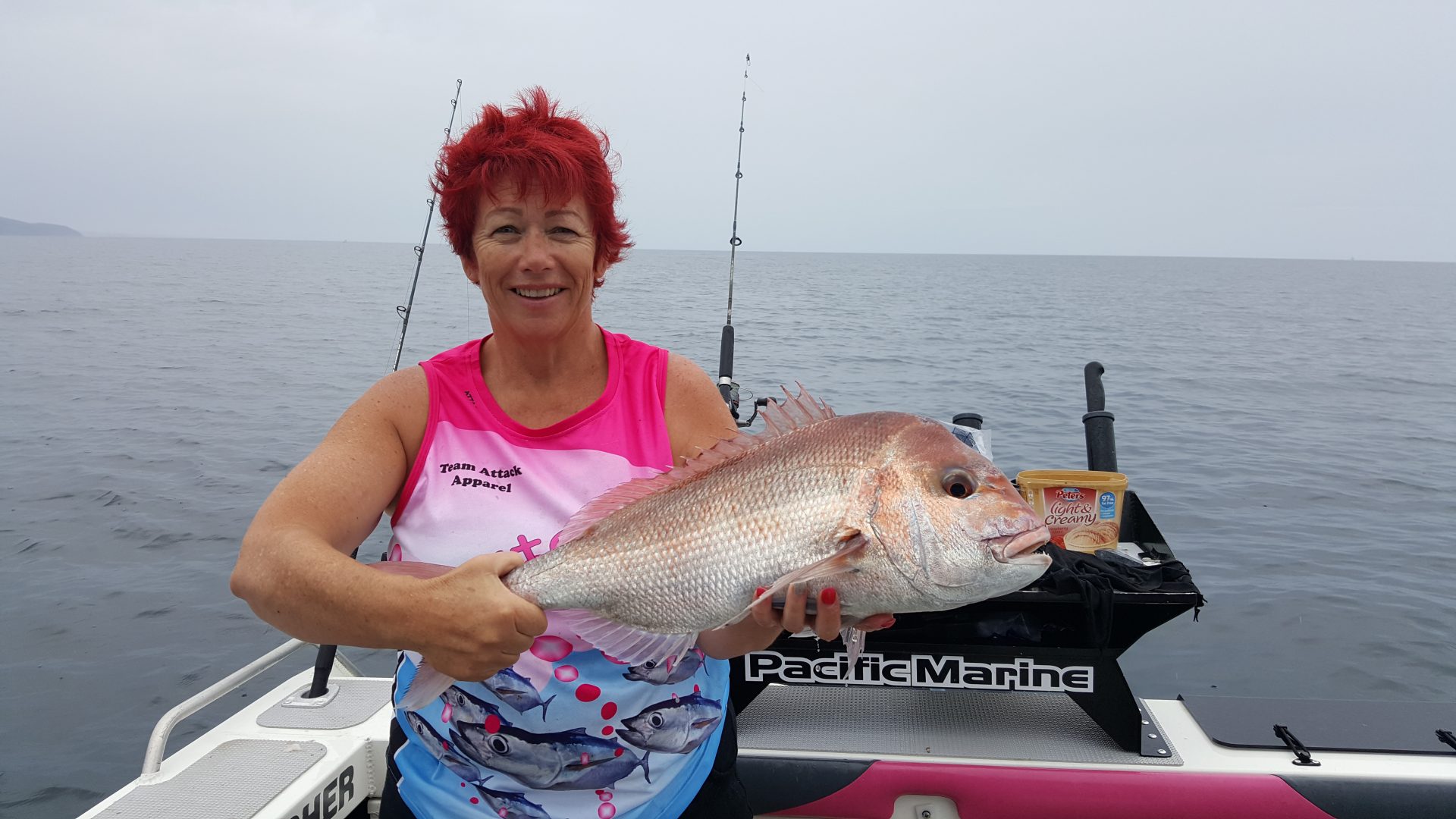 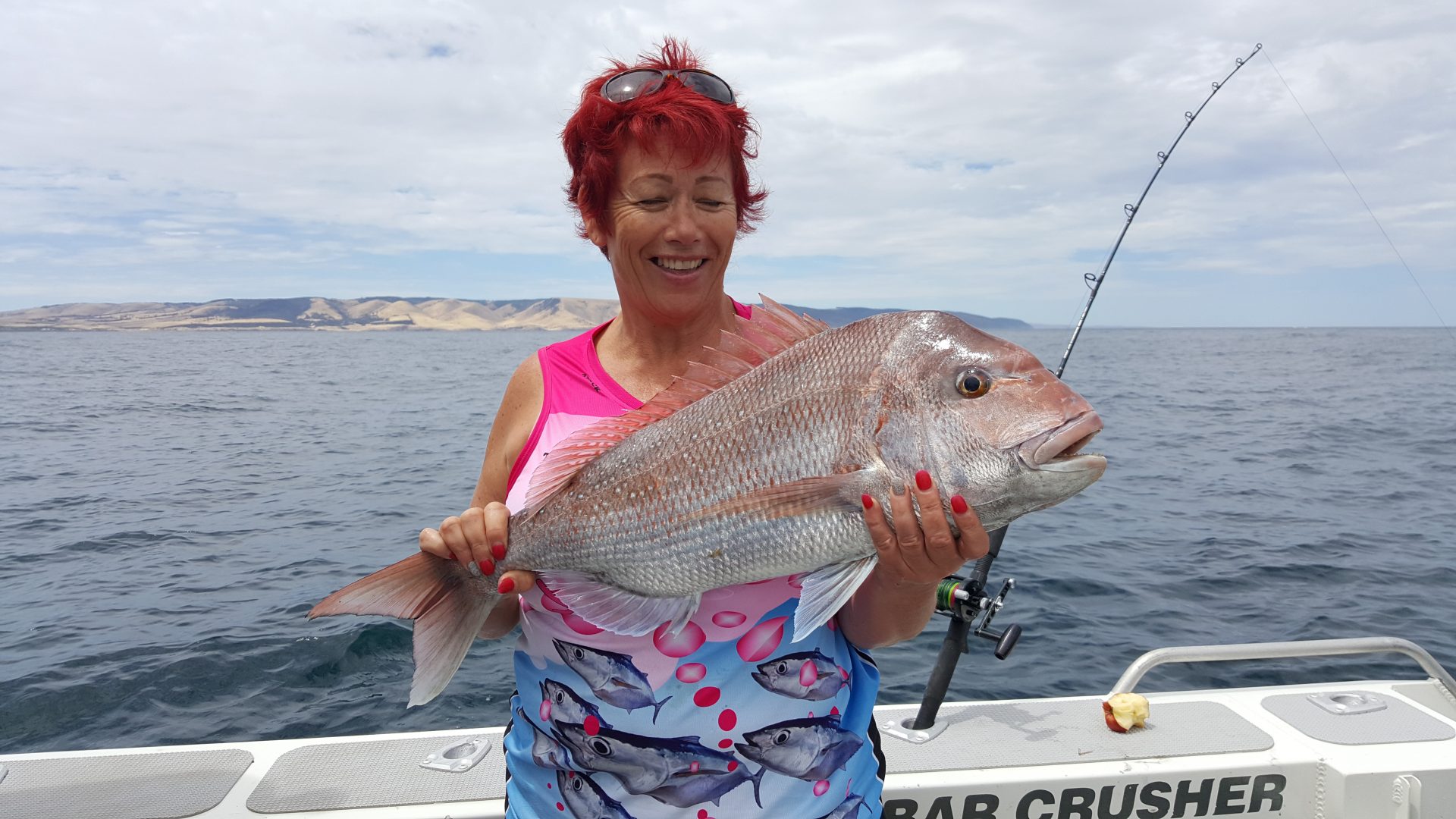 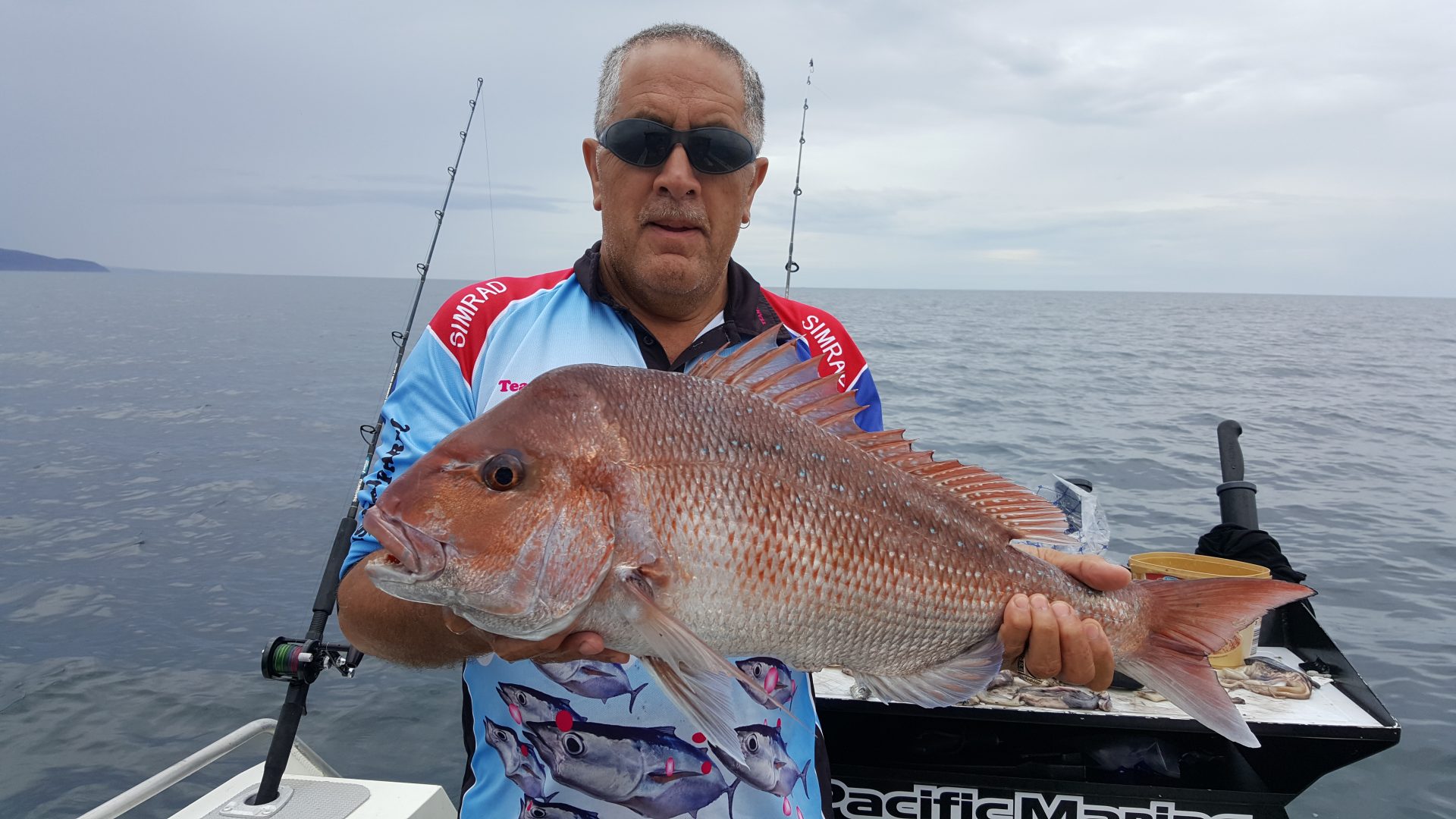