“Firstly just to paint a picture – barrels are around every year but in limited numbers, there are people who have been fishing this area for 5+ years and are still to catch a barrel, what is actually occurring this year is out of the norm. To get a barrel let alone double hook ups and triple hooks up is just crazy” it attracts keen fisho’s from everywhere as you could imagine and who knows if it will ever be the same again.

There are a few reasons that could be behind this, being the pro tuna fleets are more interested in the smaller fish for growth and export sales, and the reduction in long line quotas see more big fish available… but this is something we shouldn’t take for granted either or wipe out the entire system.

A battle on one of these fish can take anywhere from 10 mins to 3 hrs on 24 – 37kg line depending and how the fish is hooked and how it reacts, and sustainable fishing should also be practiced.  Regardless, people are always going to keep their PB fish especially when they are this size, not to mention there are number of people that are having their fish moulded – but, my next question is how do we release them after a long fight in a healthy state?? (I am trying to find this out, and hopefully the remainder of that story will follow)

Until our next adventure – Team Justagirl singing out  ♥ 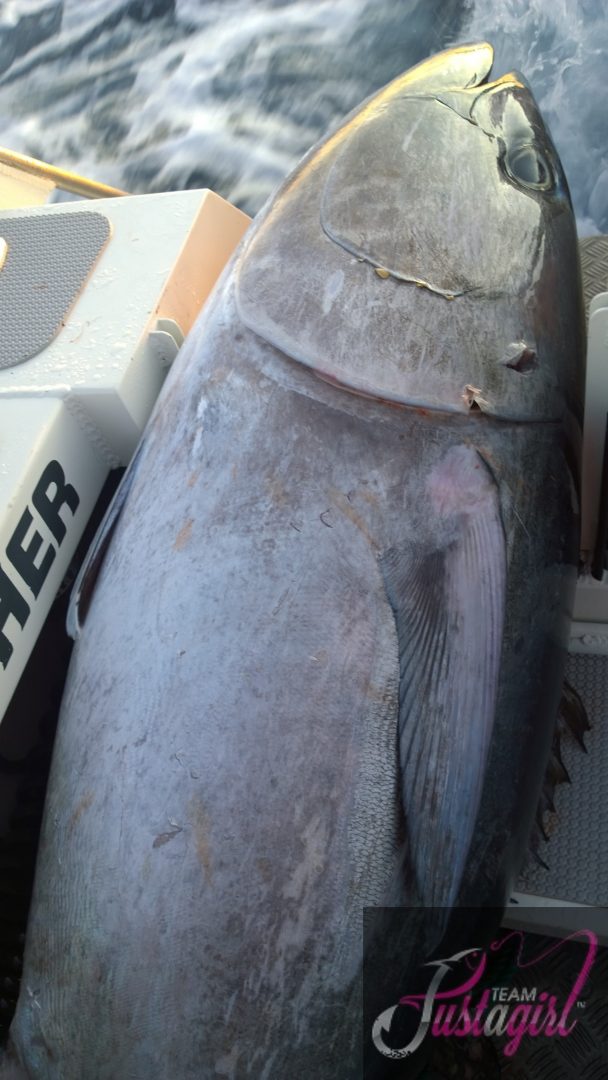