With a couple of weeks rest after our club tournament we were on the road again to Port Lincoln, this time for the 2015 Riviera Port Lincoln Tuna Classic.  Being the first time we will fish this one our goal was not to come last.
Briefing night saw a Calcutta happen for heaviest fish and we were hoping to buy our own boat but where out bided by Mark Hand from Aussie Battler which also had a fellow Fishinsa member “Shrimp Hunter” fish as part of its crew. 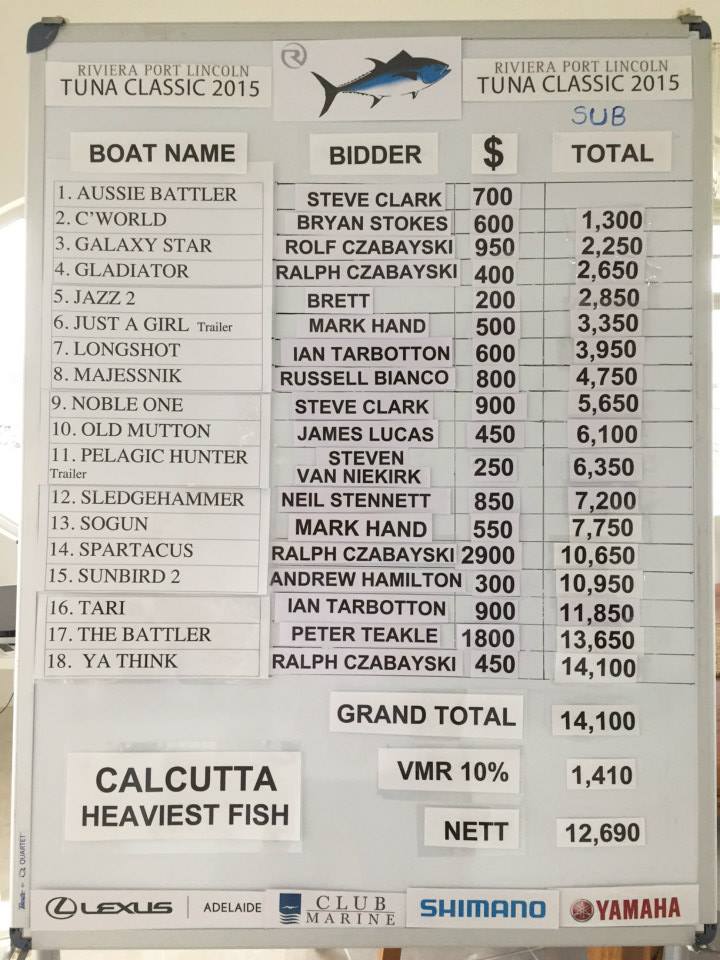 Shot gun start at 7.30 on the Saturday morning saw us racing with the big boats to Memory Cove that was until they got ahead of us and their wake slowed us down. We pulled up near memory cove with 45 minutes to spare and got our lines set up ready to take off at 9.am, straight to the Cabbage Patch was our mission for that day and the weather was proving to be extremely favourable. We had lost sight of our main competition Pelagic Hunter.

we headed out to the cabbage patch with most of the fleet and before long we had hooked up, It was 11am before we got there and the first sked was 12.15 we got 6 fish in that first hour then nothing  there were no birds in sight and cloudy skies didn’t see them surface either.

We stayed on North cabbage for a few more hours without much success and decided to go and upset the big boys. but alas we didn’t have much luck doing that either. We didn’t catch any more fish that day and had no idea what Pelagic warrior had as they missed all the skeds.
The weather report overnight was for an easterly to come through so the plan was to head over to south Neptune and anchor there for the night.  We anchored up Ren decided to do some fishing (surprise) to see what was around on our 1kg lines and managed a good feed of swallow tail and some trevally.
Sunrise saw the weather had drastically changed our game plan was to fish around South Neptune, back to low rock and into Williams Island to finish the day as lines in was 3pm. The skeds at midday had only a couple of extra fish caught everyone was doing it tough including us.
It was a first for us to see water come over the roof and into the back of the boat and skills weren’t going to help us that day so we blind trolled without any success and our total fish count for the comp stayed at 6.
Coming back into Boston bay we got a radio call from Pelagic hunter, they had run out of fuel and could we tow them in, which we obliged, that had made a decision to head to Wedge Island to fish on the Saturday for zero fish, Sunday was a tough day and they didn’t get anything on the cabbage patch either. We joked with them about not knowing their catch and they laughed back about knowing ours 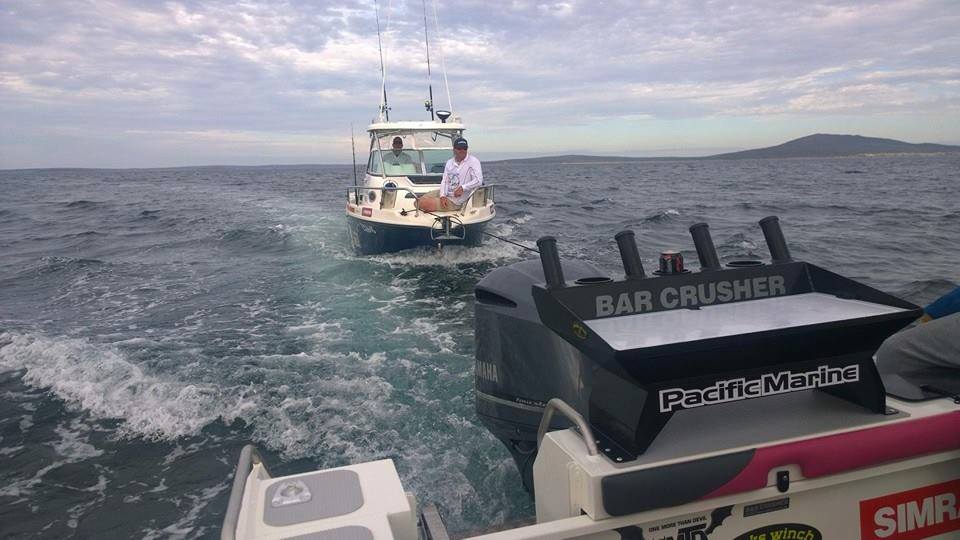 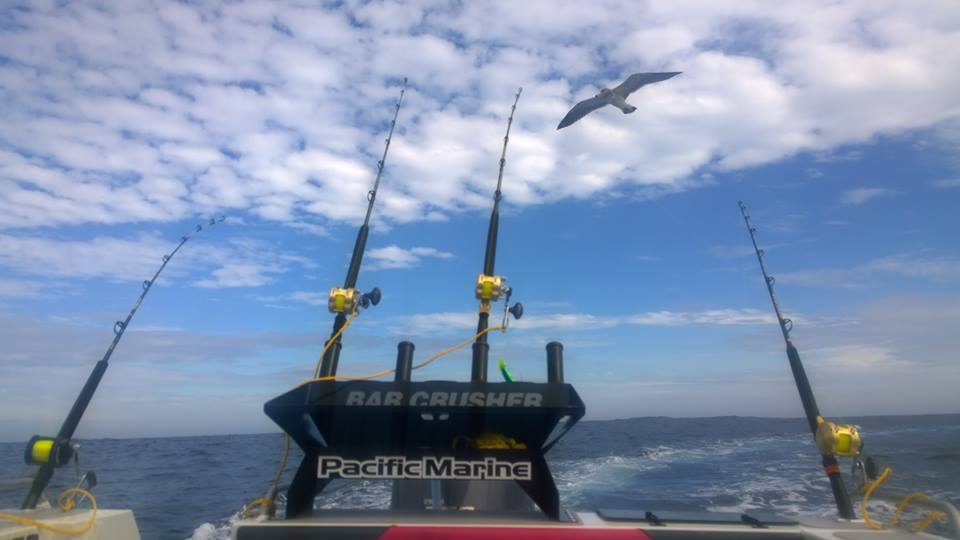 Getting back into the marina around 4.30pm we locked up the boat and headed to our hotel to get ready for the presentation dinner at 6.30pm.  It was great to fish with our fellow Game Fishing Club or South Australia members, to meet a fellow fishos from our Fishinsa forums along with all the other keen fishos and nice people. 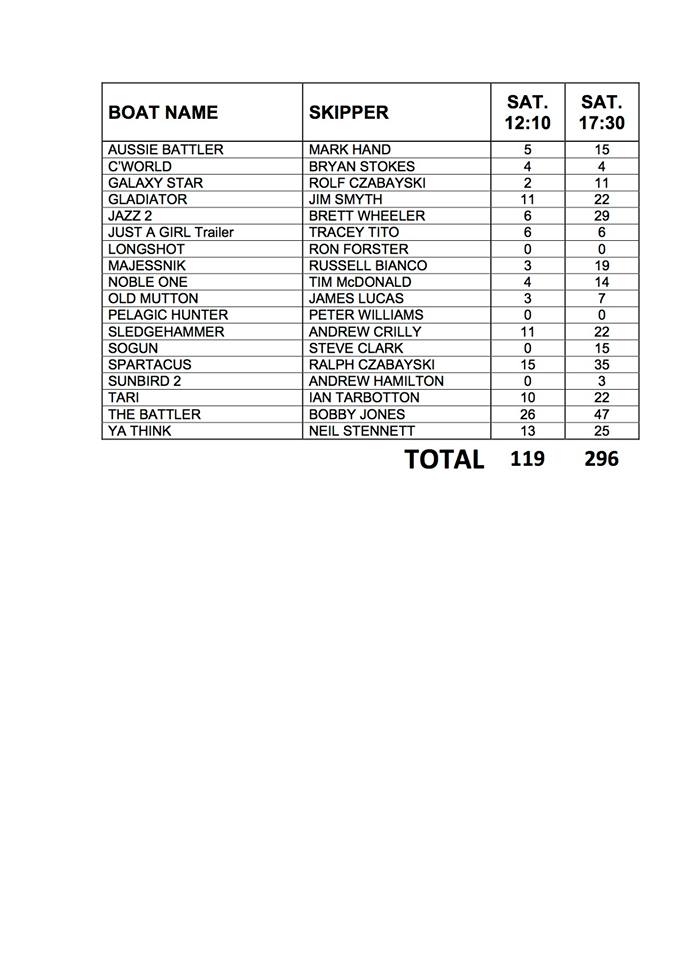 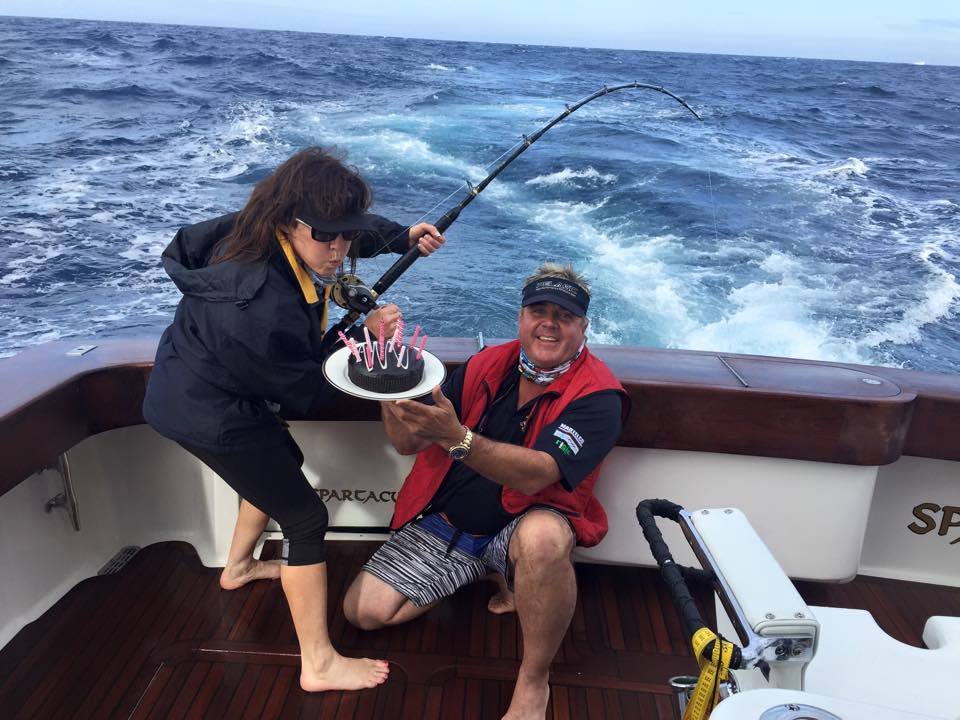